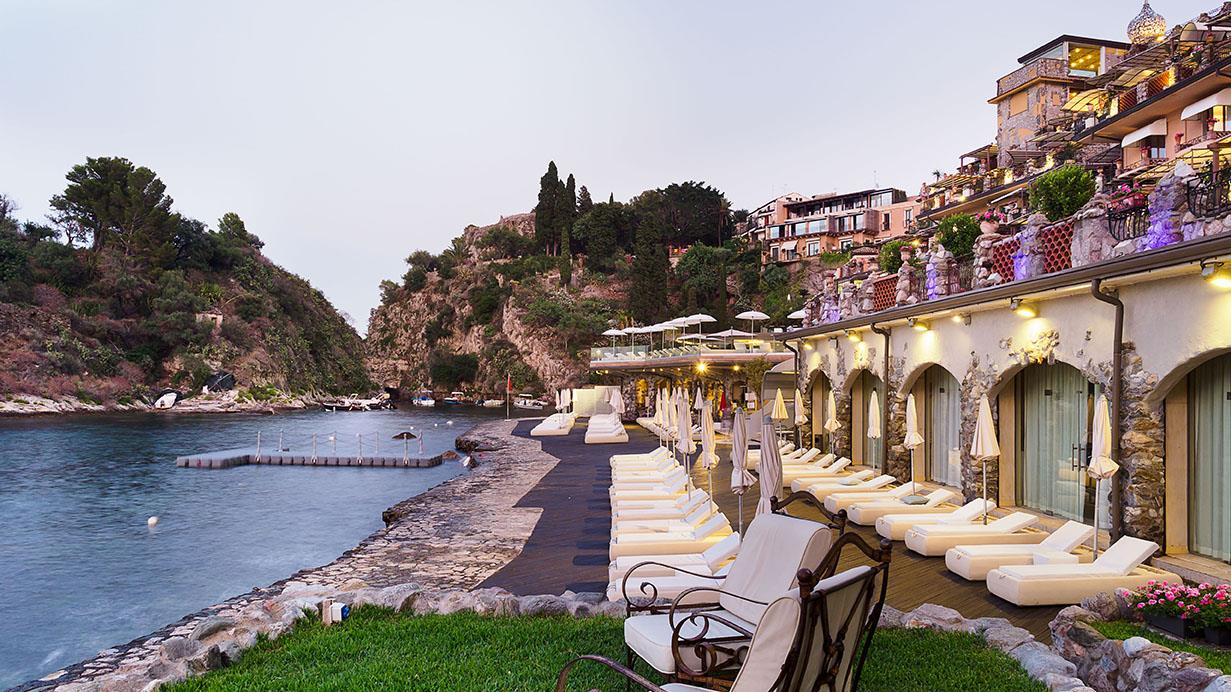 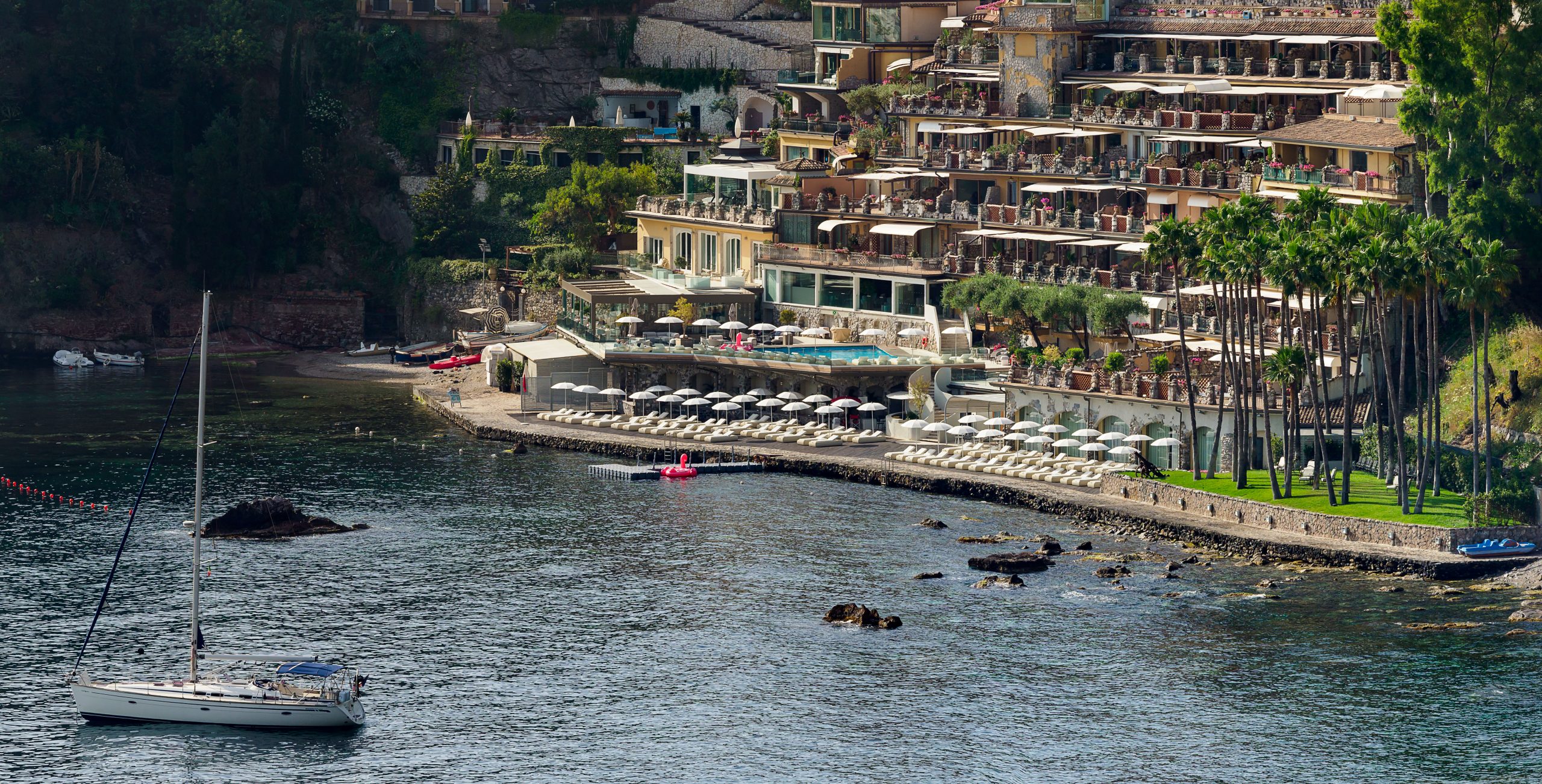 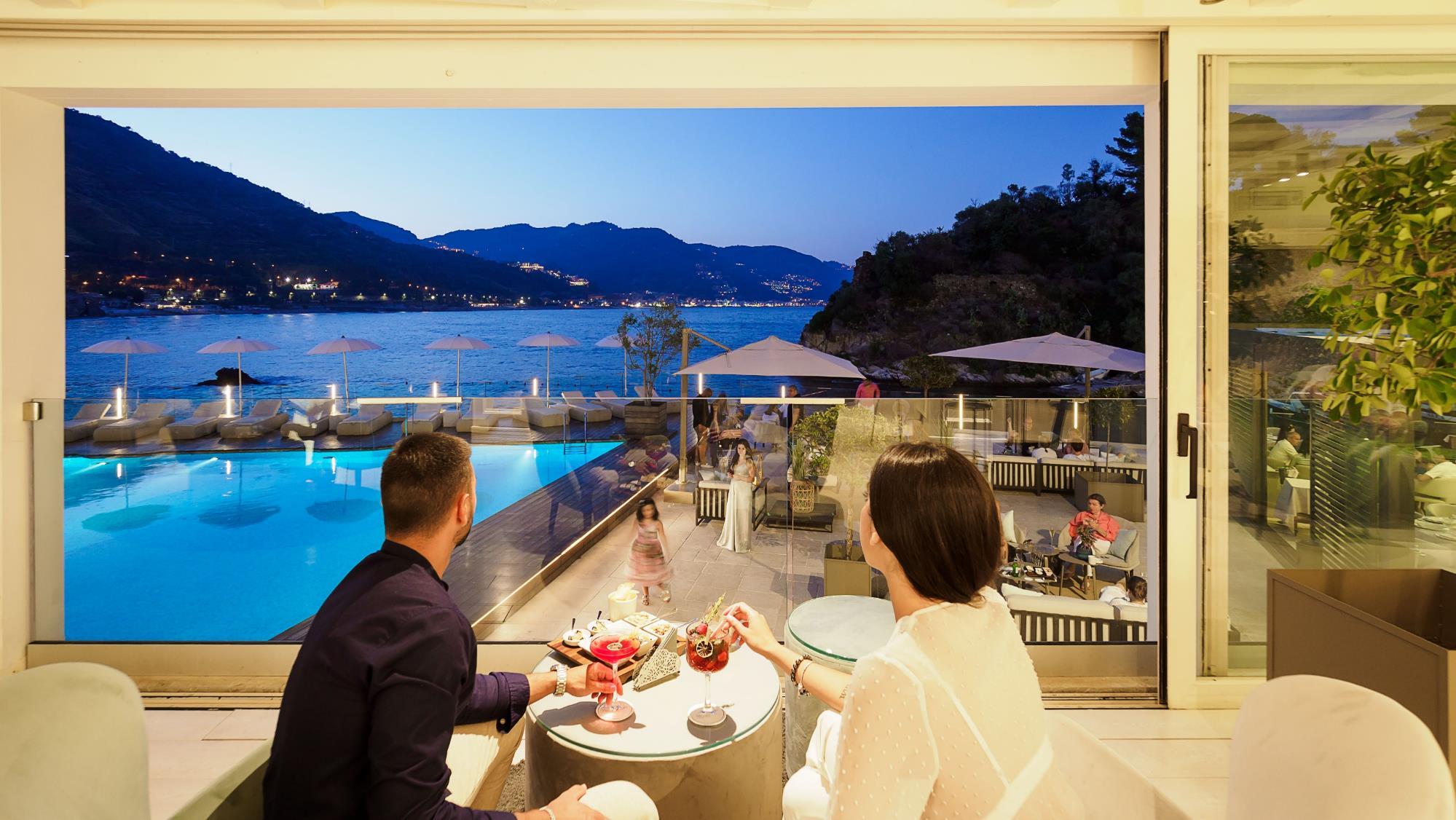 "When I began my travel career 700 years ago in London at the then veritable Thomas Cook, I was given the opportunity to book rooms in Taormina for two extremely wealthy Roman Catholic Monsignors from New York making their annual pilgrimage to Italy. I knew then that Taormina had to be stunning. The two gentlemen, sadly, are no longer with us, but I know they would love the Atlantis Bay."

Nestled within a tranquil cove known as Mermaids Bay, the Atlantis is a romantic oasis on Taormina’s coast. The hotel is beloved for its serene atmosphere, which is reflected in its exquisitely understated design. The 76 rooms and suites are decorated in soothing hues of green, silver, and blue, with sumptuous touches like velvet sofas and gilded accents, and each offers a terrace overlooking the sea.

Elegant minimalism is carried into the common spaces, including the sleek swimming pool and solarium, which overlooks the waterfront ‘beach’ platform. Splendid cuisine is served at the romantic Ippocampo restaurant, with its candlelit poolside ambiance, while expertly crafted cocktails are enjoyed at the Dioniso bar, overlooking the lapping waves below.